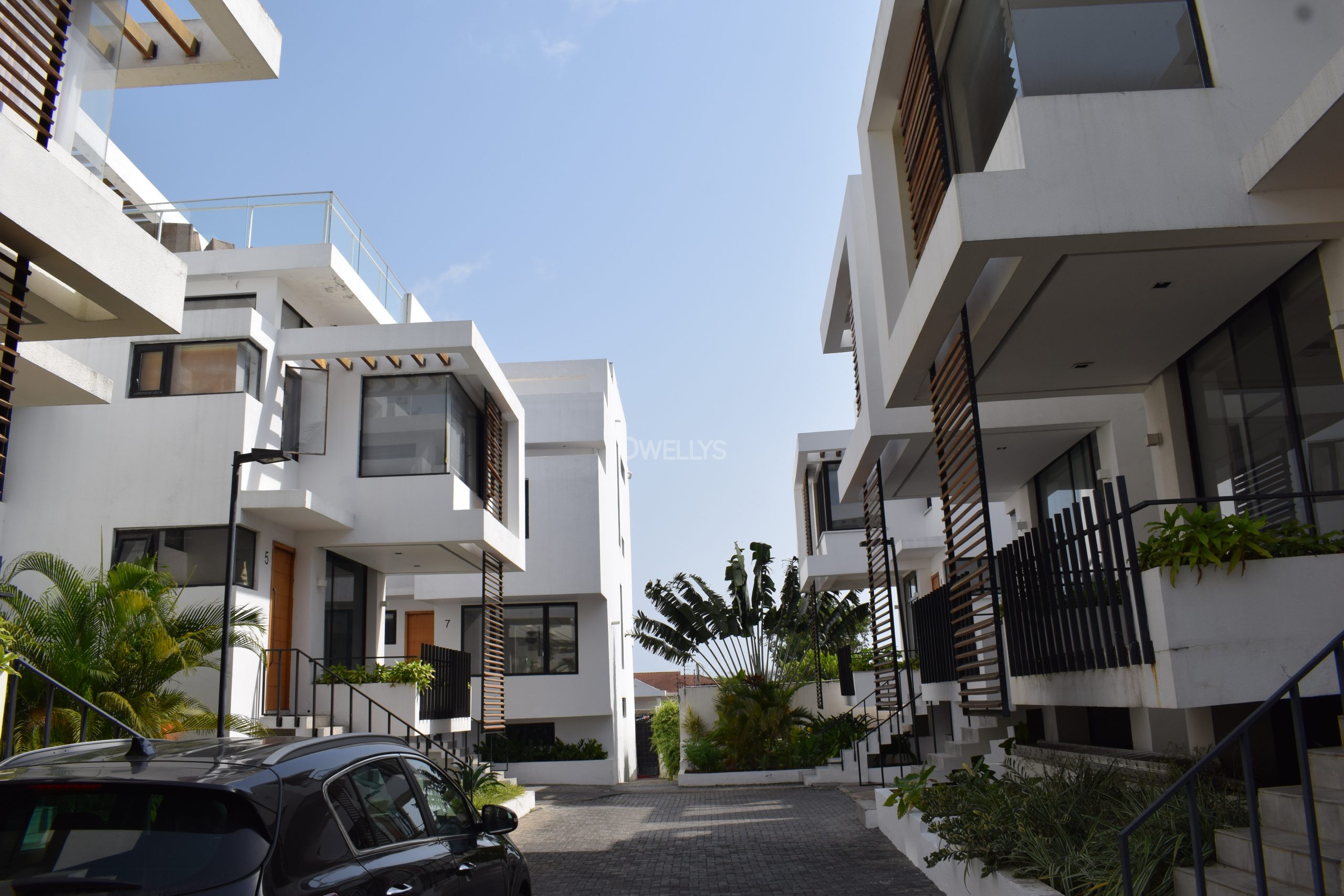 Cantonments, a luxury suburban area in Accra, is one of the oldest neighborhoods with modern planned residential settlements. Homes in this neighborhood are lavish with modern architecture. It possesses a distinctly diplomatic ambience because it was one of the first locations in Accra to attract diplomatic missions in Ghana. Cantonments is bordered by Giffard Road to the north, Ring Road East to the south, Fifth Circular Road to the east and Liberation Road to the west. Cantonments’ greatest assets are its security, serenity and architectural beauty. Its ultra-modern buildings and asphalted roads make it one of the most attractive neighborhoods in Accra.

It is home to the Algerian, Russian, American, Chinese, Hungarian, Norwegian, Mexican and Bulgarian Embassies as well as the High Commissions of Australia, Sierra Leone, and the European Union’s country office. Cantonments ranks highly in the security index among neighborhoods in Accra. This makes it a desirable community for expatriates, diplomats and high-income individuals. Notable among its residents are Stephanie S. Sullivan and Anne Sophie AVE, the US and French Ambassadors to Ghana respectively. Cantonments is a 5-minute drive from Kotoka International Airport and a 15-minute drive to the Accra Central Business District, the major trading center in Accra.

Aside from its embassies, Cantonments hosts various local attractions including the W.E.B. Du Bois Memorial Centre for Pan African Culture, a memorial and research facility, and the El-Wak Sports Stadium, a multipurpose sports venue that is home to the professional football club, Inter Allies. Cantonments features a number of prominent schools in Ghana. Notable among them are Ghana International School (GIS), Christ The King School, and Morning Star International School.

Cantonments has a variety of house types that appeal to all individuals. Although there are still detached single-family homes available, Cantonments is comprised primarily of townhouses and apartments. These house-types are well-suited to foreign expatriates who typically work for their respective embassies. Prices for luxury townhouses range from US$500,000, which is the starting point for a three-bedroom unit, to US$850,000, which is what a high-end four-bedroom townhouse would cost. Three-bedroom apartments sell between US$350,000 and US$450,000 while two-bedroom apartments are typically priced between US$180,000 and US$250,000. One-bedroom homes typically command a price between US$100,000 and US$150,000.

Cantonments is suitable for individuals who desire safety, aesthetics and are high-income individuals. Its proximity to Kotoka International Airport and the Accra Central Business District gives it an additional advantage. The plush neighborhood features asphalted roads, running water and reliable electricity.

Tema, also known as The Harbor City, is a leading international trading hub and an attractive destination for residential and[...]

DWELLYS IS THE BEST ACCOMMODATION OPTION FOR YOU

Dwellys is a leader in offering expert advice on all of your accommodation needs. Contact us to schedule a[...]

Investing in real estate is a tangible asset. Dwellys International Limited is a group of professional brokers that help you[...]